Established in 1988, QUANTA is well known for its quality and design in manufacturing laptop computer. As the world's largest laptop ODM manufacturer, one out of every three laptop PC in the world is manufactured by QUANTA. That's why all the top ten PC companies in the world have chosen Quanta as their ODM partner.

OEM - Original Equipment Manufacturer opportunities (your own brand) are also available via HYPERSCALERS. This is ideal for: 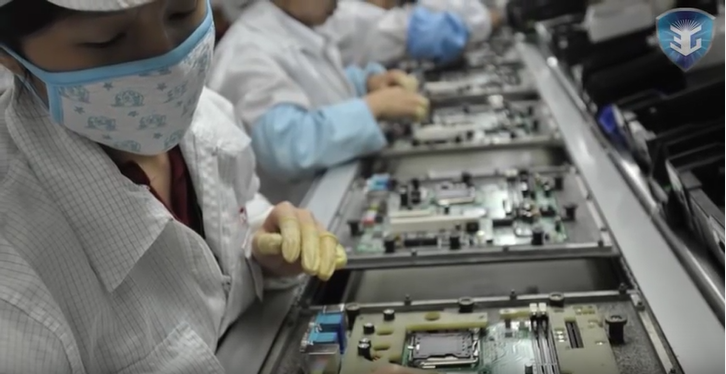 Quanta Computer is one of the world's largest manufacturers of notebook computers. The company also produces network servers, television set-top boxes, monitors, LCD TVs, and smartphones. Quanta Computer's top customers include leading electronics vendors, such as Apple, Dell, Gateway, Hewlett-Packard, Panasonic, and Sony. The company's other business – more... units include Quanta Storage Inc. (data storage products) and RoyalTek Company, Ltd. (personal navigation devices and other GPS products). While well known for its notebooks and their smaller computer cousins, the netbooks, Quanta Computer is diversifying into other consumer electronics and IT products, such as Apple's iPod Touch, iWatchG4, amongst others.

The company's strategy is encapsulated in what it calls System Solution Design Manufacturing and Move. The business model incorporates elements of electronics manufacturing services and original design manufacturing, two similar but distinct services. The former involves companies that take a design from a customer and manufacture the product to the customer's specifications. The latter involves companies that design their own products, then tailor them for customers.

The "move" in Quanta Computer's operations incorporates logistics, configure-to-order manufacturing, direct order fulfillment, and other value-added services. In a tough year for the global economy as a whole, and the computer industry in particular, in 2009 Quanta Computer's sales fell by a mere 1% over 2008 levels. Its net income, however, rose by 10% for the same period, a result of strict cost controls it put in place. For 2010, the company plans to continue to diversify into areas outside of the notebook PC. The company is focusing its R&D efforts on cloud computing, connectivity, and client devices. All three areas are part of a broader cloud computing initiative that involves the design and manufacture of data storage products and servers (for providing cloud-computing services), next-generation data networking products (for enabling uninterrupted cloud-computing connections and service coverage), and client devices (for accessing cloud networks).

In 2006 Quanta Display, an affiliate of Quanta Computer, was sold to rival display maker AU Optronics in a $2.2 billion stock-swap transaction; Quanta Computer became AU's second largest shareholder (after Qisda Corporation, which spun off BenQ in 2007) as a result.

There are no products to list in this category.